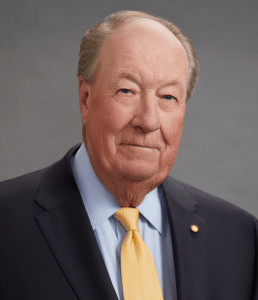 Lynn E. Barr is the former President and CEO of Underground Construction Co., Inc., of Benicia, California. Underground is a more than eight-decade-old Utility and Heavy Construction contracting organization active throughout the United States. It pursues projects in the Communications, Industrial, Petroleum, Aircraft Fueling, Rapid Transit and District Energy industries.

Mr. Barr served with Underground and its associated companies for 36 years, starting as a Project Engineer on BART projects in San Francisco and Oakland.

Mr. Barr also served two terms as the Chair of The Beavers Charitable Trust, whose endowment funds grants and scholarships for university students in Civil Engineering and Construction Management.

He is a 1969 graduate of Heald Engineering College, San Francisco, a Registered Civil Engineer in California, Indiana and Colorado, and a California-licensed General Engineering, General Building and Fire Protection Contractor.

Mr. Barr has been actively involved in community and industry groups throughout his career, having also served on Boards of Directors and in various other capacities with the Boy Scouts of America, the Associated General Contractors of California, the Associated Builders and Constructors, The International Society of Trenchless Technology, The National Center for Construction Education, and others. He is a proud member of The Moles, an organization of professionals in tunnel, subway, sewer, foundation, marine and other heavy construction projects.