A leading heavy civil and marine contractor that strengthens and supports our nation’s infrastructure through sustainable dredging and marine construction. The Dutra Group is an industry leader made up of three distinct but integrated divisions that provide a turn-key, one-stop organization. Dutra Dredging, Construction and Materials have the capacity and capability to handle any sized project—delivered with reliability, pride and experience.

Over 100 years of service

The Dutra family’s involvement in the construction industry started with sidedraft clamshell dredging more than a century ago. Dutra Museum of Dredging is a private collection of items representing the history of side-draft clamshell dredging in the Sacramento-San Joaquin Delta and the role that the Dutra family and Dutra companies have played in creating the Delta’s infrastructure. The collection, unique in scope and size, spans the century that has elapsed since the introduction of steam-powered dredging equipment to the California Delta.

The San Rafael Rock Quarry provides a local source of material for important public works and private development projects in the community that is home to The Dutra Group’s headquarters. Dutra employs approximately 175 people year-round, and many more seasonally.

Locally in Marin County, the Quarry has responded to levee failures in Novato near Rowland Boulevard and Hamilton Field, hillside slides in Fairfax and Larkspur, and flooding in downtown San Anselmo.

On a broader scale, the Quarry is a major supplier of materials for the levee system in the Sacramento-San Joaquin Delta.

The Quarry was called upon to carry out the emergency repair of 29 levees in the Delta, whose collapse would have devastated not only the region but the state’s water supply. The Delta is home to thousands of residents, critical agricultural resources, and many avian and aquatic species.

What makes the San Rafael Rock Quarry unique is that it is the only Northern California quarry with direct waterside access and a barge delivery system whose operation removes trucks from roadways, reducing traffic congestion and vehicle emissions. It also allows us to provide essential materials to locations in and beyond the Delta, some of which are accessible only by water.

The San Rafael Rock Quarry is committed to maintaining a good-neighborly relationship with its community. Here are a few examples of the efforts the Quarry makes/has made to do this:

Dutra and The Trust for Public Land built a new community garden in Marin to replace the one that was lost when San Rafael’s Pickleweed Community Center expanded.

Do you enjoy a rewarding and stimulating environment? The Dutra Group will recognize your skills and competencies. Because we deeply value knowledge and innovation, your contributions will be highly prized and well compensated. The Dutra Group is ready to build our futures together. 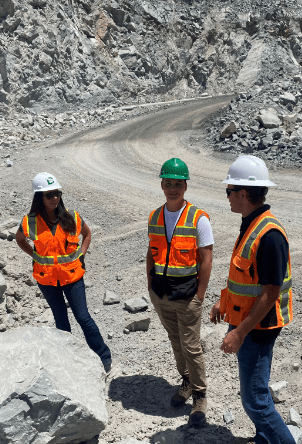 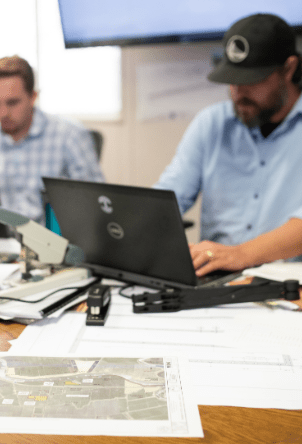